Hi! I'm Aviva Romm, an MD, midwife, and herbalist who sees health and medicine a different way than a lot of doctors.

Growing up in a housing project in NYC, I had the good fortune of making good enough grades to land a scholarship and admission to college when I was 15 years old. So off I went, from a tiny apartment in Flushing, Queens, where I still shared a room with my little brother, to the forests and streams of western Massachusetts, to study pre-medicine. This transition was one of those experiences in life that marks my life before and life after. Before I was an inner-city kid, street smart and book smart. After, I became who I am now, a midwife, herbalist, ecologist, mom, writer, and Yale-trained MD (though you can take the girl out of the city, you can’t take the city out of a girl!).

How’d it happen? Some combination of reggae music and Ina May Gaskin’s Spiritual Midwifery, women’s studies and environmental studies topped off with a healthy dose of reading about food politics and time spent camping in the wilderness and journaling.

Midwifery and herbs called me by name so loudly I couldn’t ignore them. So I left college at 16 to become a midwife and an herbalist – there was no path to these trades at the time other than apprenticeship – so that’s what I did.

My studies took me to the inner city of Boston where I was once escorted by the police to the house I was going to because I seemed to be in the ‘wrong neighborhood,’ to rural northern Vermont where my only source of heat for warming my house, heating my shower water, and cooking was a wood stove, to Atlanta, and to the desert of Utah. I also became skilled in nutrition, natural foods cooking, and a whole lot of back-to-the-land skills. I can actually make fire by friction. Importantly I learned to listen to and trust my body’s wisdom, my intuition, and nature.

By the time I was 22, I was a practicing midwife, busily attending births while starting my own family, my babies born at home. I carried them on my back and on my hip in a traditional rebozo, breastfeed, homeschooled, gardened, made my own herbal medicines, and ran a small midwifery and herbal medicine practice. Yes, I could have just said I was a hippie. At heart, I guess I still am.

I ultimately spent 25 delightful, soulful, deeply privileged years as a midwife and herbalist taking care of and learning so much from pregnant and birthing women of all ages and walks of life, new mommas, and their children, as well as from some wonderful midwives, herbalists, and doctors I met along the way.

So many moms were asking me the same questions about herbs, what to feed their kids for optimal immunity, what I thought about vaccinations, how to take care of their own health through their various life cycles as they had children and also as they got older, that I just kept writing it all down and turning that information into books. That’s how I ended up writing seven books! As a result of this, and doing a lot of teaching around the country, I became a leader in the fields of natural medicine for women and children, as well as the president, for over a decade, of the leading professional association for herbalists in the US.

So when my own four kiddos were old enough for me to feel comfortable taking the plunge, I did it – I went back to school. I landed myself another life changing transition – this time at Yale School of Medicine, the most innovative, student-empowered medical school I could find, so that I could study medicine, while being honest about my less-than-conventional background in health care (imagine being a medical student who had written a book about parent’s vaccine choice and who attended homebirths for 25 years!).

Medical school as a mom of four is no picnic, but I soaked up every minute, science being one of my lifelong loves. Having teachers who had won Nobel prizes, discovered things like parts of cells and who had body parts and buildings named after them kept it all the more engaging, as did being invited to create the first Integrative Medicine program at Yale. My family would not want to relive those years, I am sure, but they pulled together and I know they are really proud of me. I was the first woman in my immediate family to finish college.

But it was also no picnic for someone who, while respectful, is not a pushover. For example, when I was on my obstetrics rotation, I had a patient who was stuck in the hospital for 4 months due to pregnancy complications. So every morning during rounds, for the 4 weeks she was in my care, I saved visiting her for last so I’d have plenty of time to check in and chat a bit, because she was really worried – and bored. On my way out of her room one day, a snippy senior resident said, “You know, Dr. Romm, if you want to be a good doctor, you need to spend less time talking to your patients.” I said, firmly, “I was talking with her, not to her.” And to myself I thought, “Well, if that’s what a good doctor is, I’ll just take that off of my to-do list!

I’m not particularly rebellious in the sense of just randomly oppositional – I’m more of a cooperative sort, but I am fiercely protective of women’s and children’s health care rights. So when I saw abuses or neglects, I spoke up.

While there are many amazing, kind, and compassionate medical doctors out there, the majority themselves feel hurried, harried, and stressed. The system makes us that way every step of the way. It’s why physician burnout is now considered a public health problem. The whole system is also set up to keep you from getting the care, kindness, and answers that you need. And it breeds over-treatment with medications because it’s faster and easier to write a prescription than have a conversation and connect. That’s part of why 70% of all antibiotics given to kids and adults are not only unnecessary, but are causing an international public health crisis, why 1 in 4 women is on an antidepressant medication, and why 50% of women over 50 are on at least 2 medications!

In 2014, I received a phone call from an editor at Prevention Magazine who’d known me since my early days as an herbalist. She wondered and asked, “Now that you’re a doctor, do you still use natural medicines in your practice? Are herbs still a go-to for you? “Yes, I told her, more than ever.” I’m treating patients with complex medical conditions—diabetes, high blood pressure, high cholesterol, autoimmune diseases, hormonal problems, you name it—and sometimes all in one patient! At the time I was practicing medicine at the Ultrawellness Center with Dr. Mark Hyman and seeing patients who had fallen though the medical cracks many times, and were in need of answers and solutions. But I assured her, the same was true at a public clinic in an underserved community.

This website is dedicated to you, and I am so glad you’re here.

The bottom line is that you’re not supposed to feel exhausted, cranky, hungry, frumpy, or like a hormonal mess and you need the answers to why this might be happening and what you can do. You deserve to have the truth about everything from when a cesarean is necessary to when your child needs antibiotics to when you need medical treatment for PCOS to what the best labs and treatments for Hashimoto’s are, when you can rely on natural approaches and what those are, and when and what medical treatments are really necessary. And you need reliable information for treating your kids to great health, too!

If you’re looking for real solutions that get to the root of your problems, not just more medications that don’t really give you your health back, you’ve come to the right place. When it comes to your health you need answers that you can find quickly and easily, and that give you the solutions you need and can trust. If you’re looking for different results than what you are getting – you’ve come to the right place!

The internet has become my tool for inspiring a women’s health revolution. Its power in making health information available that can help literally thousands of women to transform their health each day is incredible.

Dr. Aviva has attracted global media interest. See some of her popular press reviews and features in many notable publications. 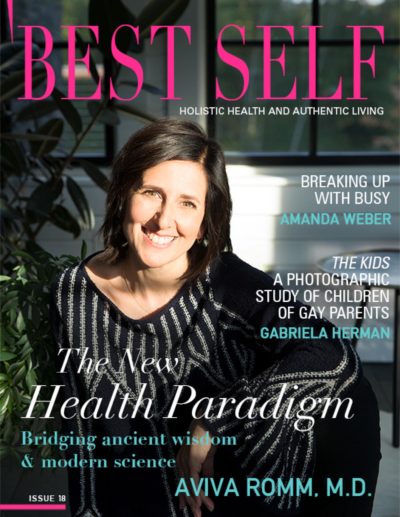 Interview by Kristen Noel for Best Self Magazine 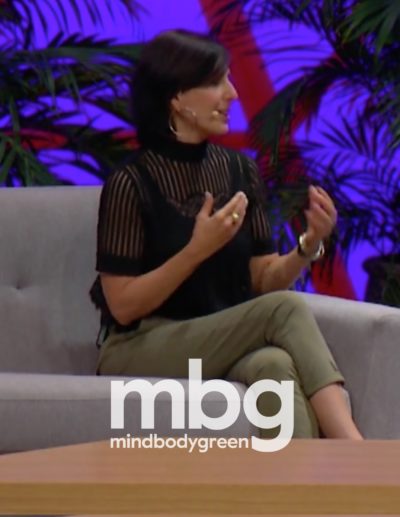 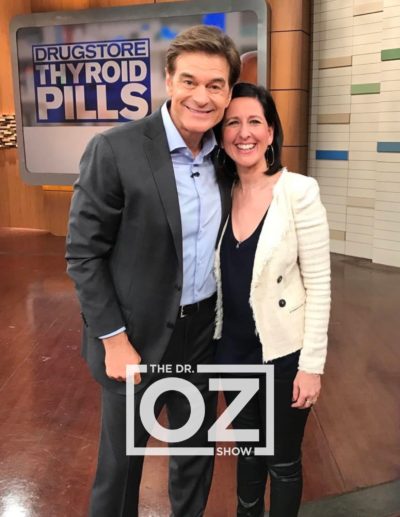 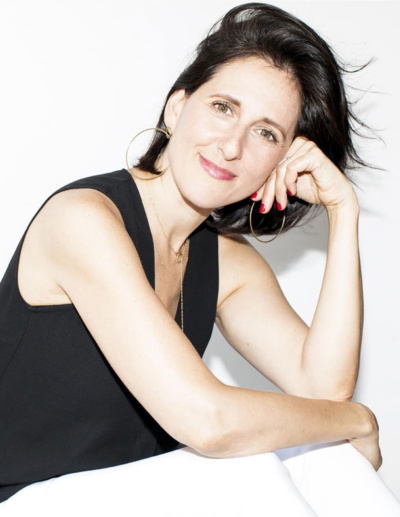 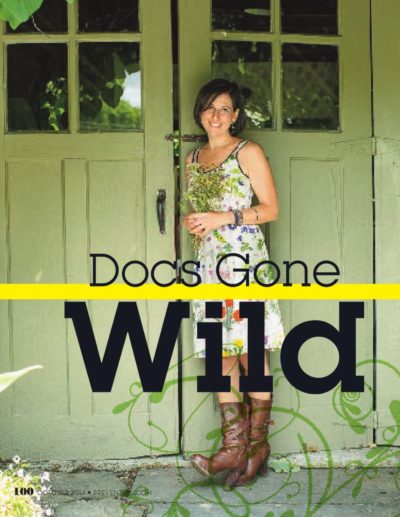 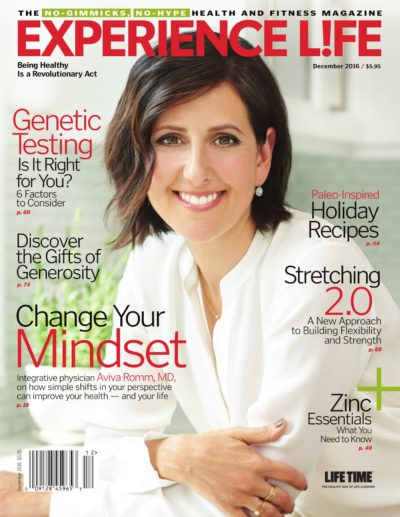 Behind the Scenes with Aviva Romm MD

Free weekly news and nourishment right to your inbox. Leave your details and never miss an update.

Free news and nourishment from Dr. Aviva right to your inbox. Never miss an update!